The Beginning of Van Life: Mosby the Adventure Mobile

Months of saving and scouring had led to this moment. The gold and maroon beast sat there waiting for us to make the decision. Would this van be our new adventure mobile?

Shawn had seen the ad only an hour after it was posted. The van was everything we were looking for, under 200k miles, no older than a 1995, conversion roof, and priced under 5k. The only problem was the van was 5 hours away which to us was not a problem at all. I think we both knew, this was THE van and worth any drive. 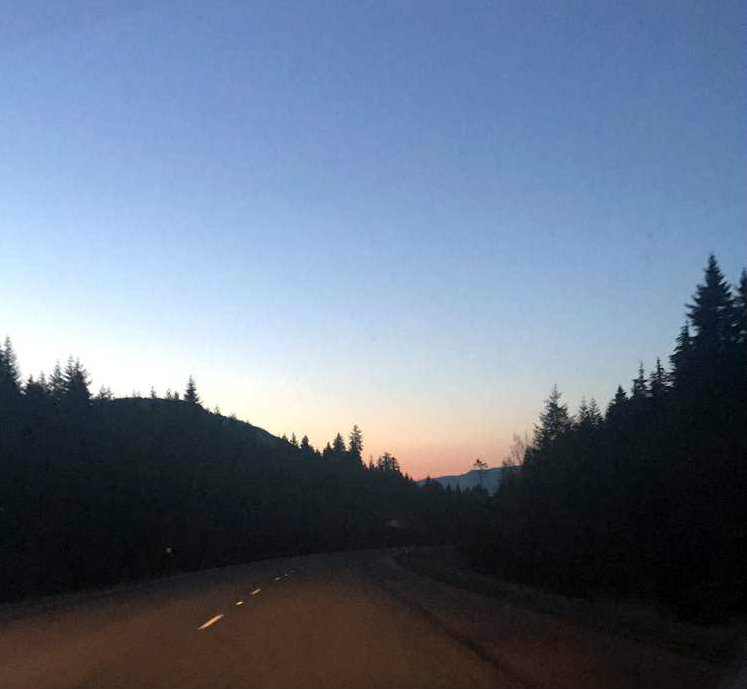 Our drive took up to 5 hours heading straight on I-90 East. We saw several different types of terrain on this trip. From the Seattle skyline leading to the Snoqualmie mountain range. From there we headed even further out towards Yakima where we set on our eyes on the desert of Washington state. Almost every type of terrain here in Washington has its own beauty, the eastern part of the state is no exception to this rule. The Columbia River being part of that beauty runs through this part of the state allowing for the carving of beautiful canyons. 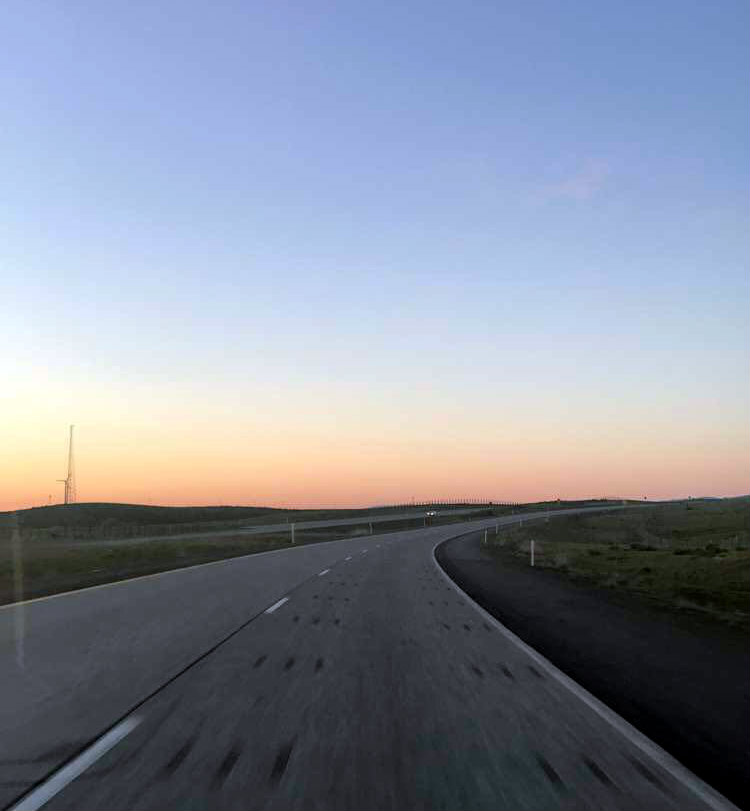 We finally got to Pasco, WA around 8:10 am. I tried my best to pretend I was not bothered that we were 10 minutes late. We show up and an older man in soccer apparel greeted us with a smile. He seemed nice enough and even possibly worthy of our trust. He immediately told us all the honest details. He had bought the van at auction and fixed a few things on his own. The water pump, a timing belt, and new tires were all on the list.

Shawn drove the golden beast around town to see if this would be our new van. 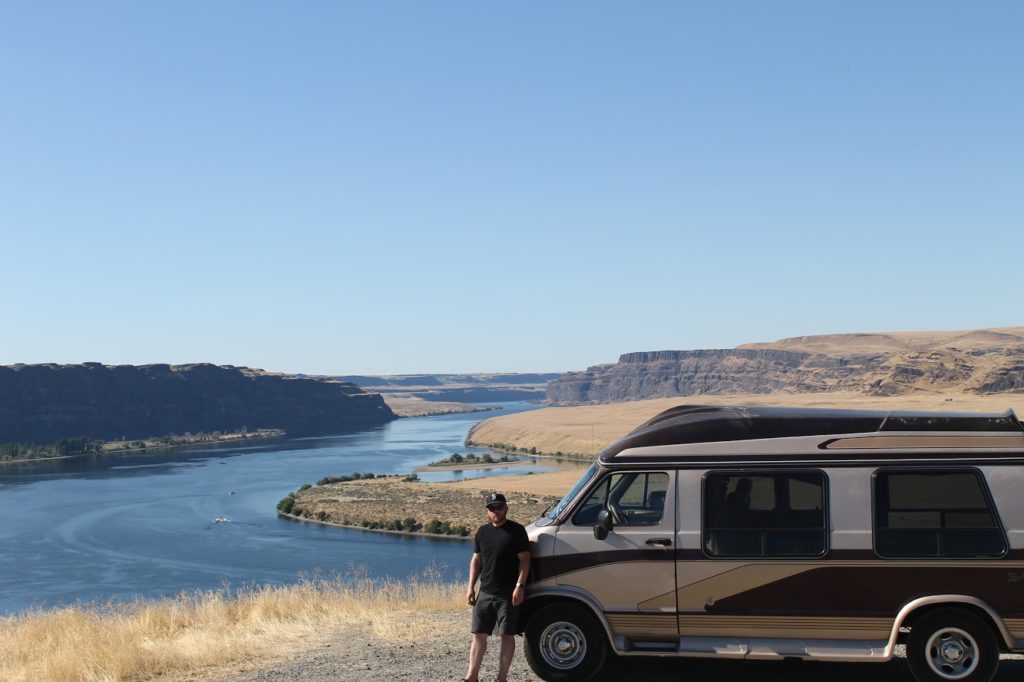 We drove back to negotiate our price with the current owner of the van. We had saved $5500 for the van fund so far. Knowing we had so many things we wanted to do to the inside we could not spend the entire fund on just the van. Shawn being the great negotiator that he is, went to talk to our friend. He was asking $2650, which in Washington, is a killer deal. He went super low asking $1500, and of course, was immediately shot down. After what felt like forever to me, they landed on $2200.

OH, MY GOD. We have done it. The van was now finally ours. After months of dreaming, wishing, and putting in the work, we had finally bought our van. This would be the very very beginning of a  ton of hard work and exciting times.

After shaking hands Shawn and I both looked each other in amusement. Had we actually done it? Finally found the van we had wanted for months? Was our adventure finally beginning? It was a great moment, knowing this was the beginning of something special and out of ordinary. 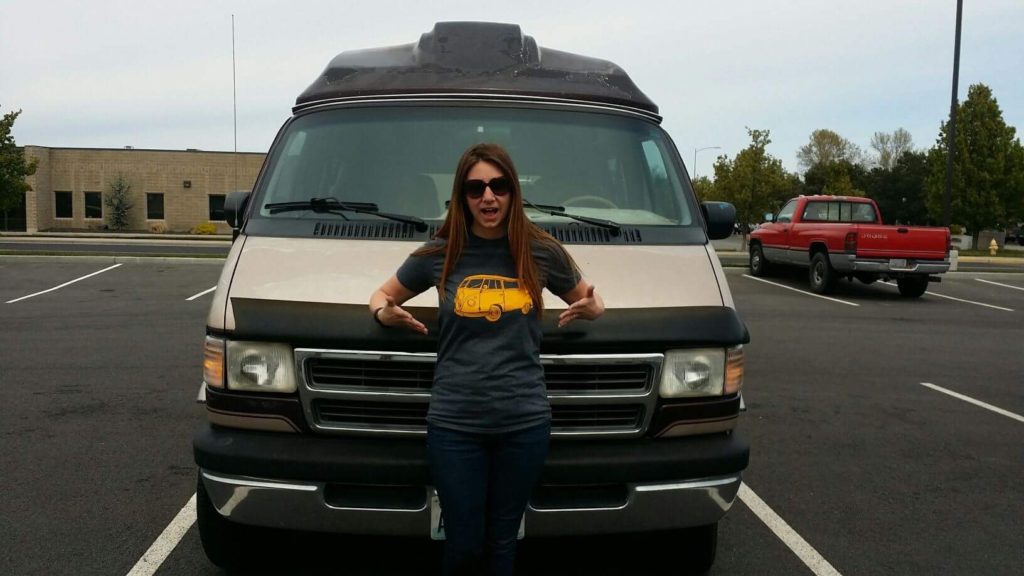 After much deliberation, we decided to send the new van to doctor Jay at Mad Mechanics to have it fully worked on. Our plans for the van our vast and he needs to be in tip-top condition if we expect him to be our adventure-mobile.

The plans for the van are still unfolding but once we get him back we will begin completely gutting it out and starting over. We want to have a bed, storage, and even a few cooking burners. This is not going to be a quick process but I will keep you updated on Mosby’s transformation. Ahh, that’s right, we have indeed landed on a name for our new adventurer. The van we will be hereby named: “The Mosby Mobile”, for our love of the show, “How I Met Your Mother”. 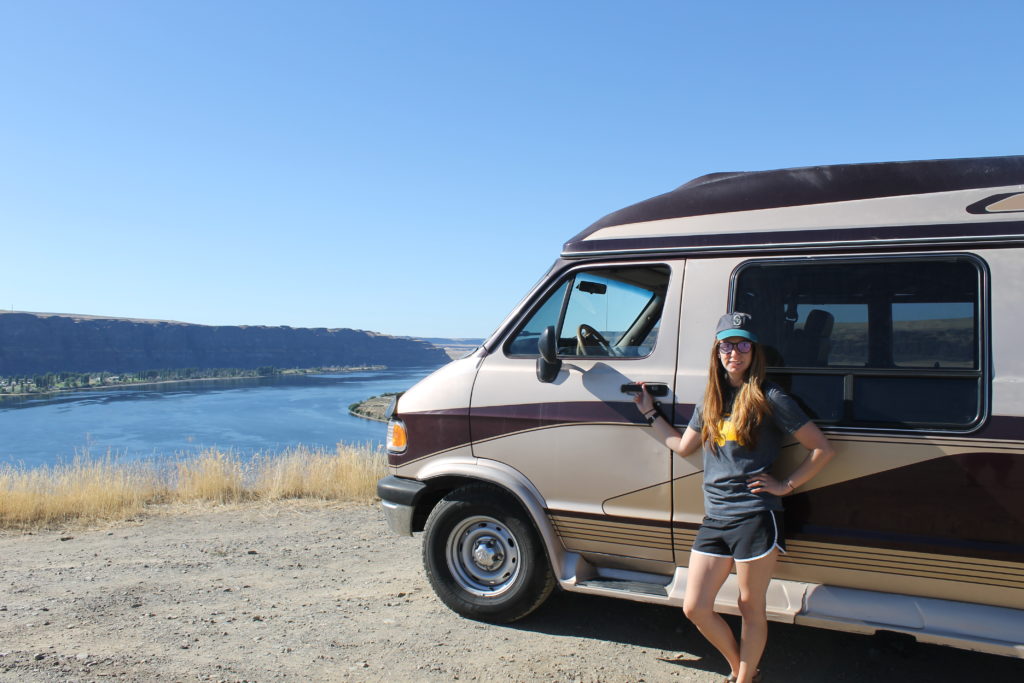 But, alas, it was not a match made in heaven, as soon Mosby II was begat and all was correct and ship shape in the Van Life world of Brie and Shawn. (By, the way a small editing note. In your sub title, there’s a typo, “let” should be “led”, right?)

Yes, unfortunately not a match made in heaven. A new post will be up on that eventually! Such a crazy adventure. Thanks for the grammar check!