Anxiety and FOMO in Van Life

Some posts here on Chasing the Wild Goose contain affiliate links, which means I earn a small commission if you click or book from one of these links – at no extra expense to you.

Traveling across the country in our self-converted van has been a dream for years now. We have skipped trips, family events, nights out on the town, and even spent spare time watching YouTube videos on Van Life. There weren’t many moments that were not consumed in this Van Life dream. 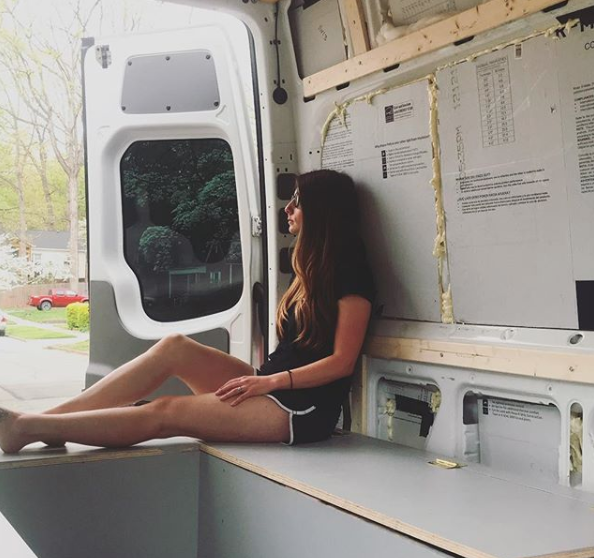 “Where we would go?” “How would it feel” “What we would see”. All these things we kept safely in our hearts to keep us warm when times were tough or when things weren’t going our way. This has built up a bit of pressure in my heart and head. I didn’t know it was happening until we hit Portland, Maine. Combined with weeks of overcast weather and cabin fever due to the rain I began to develop anxiety.

I believe like most people I have mild anxiety on occasion. It comes in different forms: The “gut” feeling that I’m doing something wrong or something is amiss, constant mindless chatter about how I am failing at my dreams, or simple restlessness or a lack of calm (plus countless other extreme forms).

Anxiety and Depression in Van Life 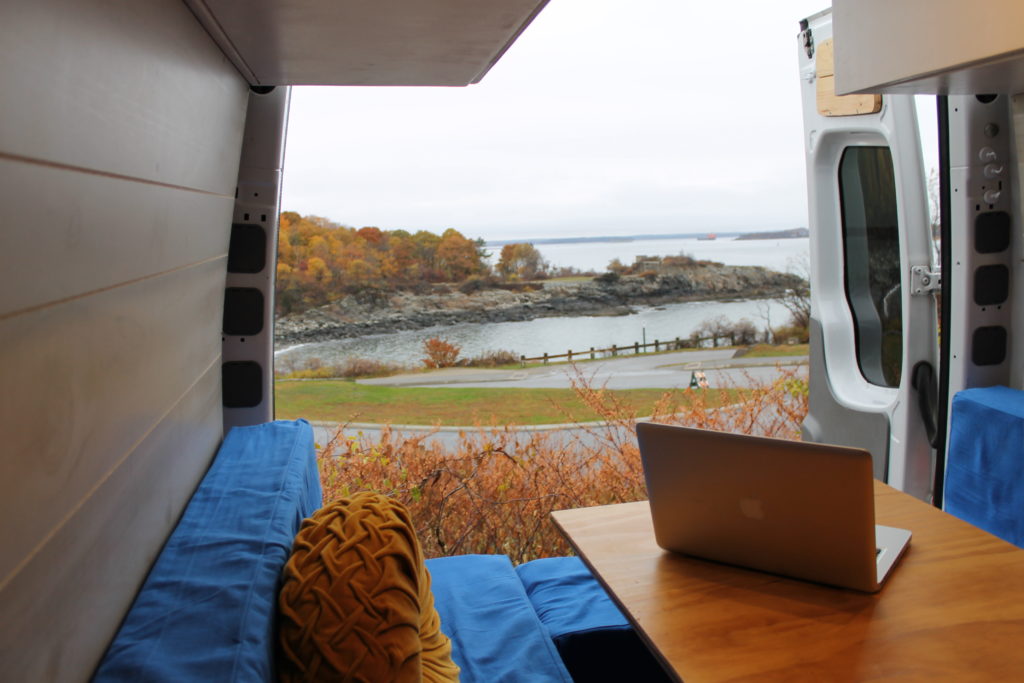 All of these forms came crashing down on me during our time in Maine. We had taken a break from being a tourist and simply decided to work by setting ourselves in the most boring places. We switched between the Whole Foods and Planet Fitness Parking lots. We spent hours of each day attempting to get work done and not go completely stir crazy as it rained buckets outside which forbade us from going on a simple walk to clear our heads.

When it came time to go exploring, it was almost impossible for me to make a decision. Do we get out of Portland? Do we keep going North to Acadia to explore? Will we even like it? Is it a waste of time and gas? We have friends and family waiting on us in other places, why would we be so selfish and continue further away from them? All the while thoughts of FOMO (fear of missing out), not living my life, not “being in the moment”, also circled my head and drove me absolutely insane.

I did have moments of peace when we finally had a few hours to go outside and hike. It would clear my head and squelch the extreme nausea in my stomach and loud annoying voices in my head. 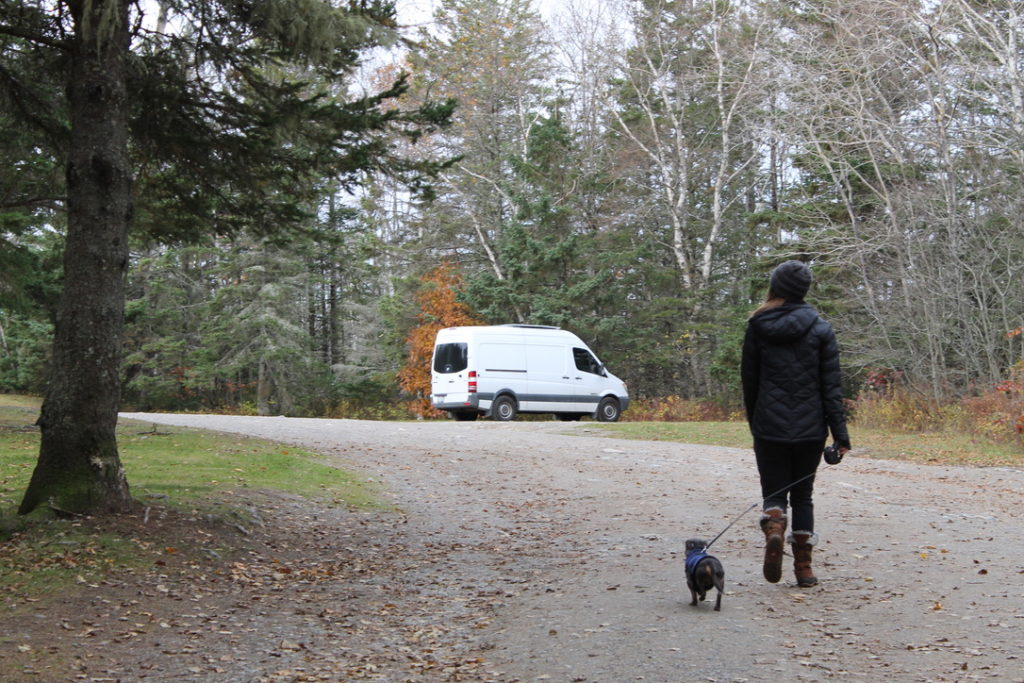 Somehow we managed to make it to Acadia National Park despite feelings of guilt. I barreled through, insisting we pay for a parking spot inside the park as I truly wanted to experience. We had been spending our time in parking lots and I for one was over it. I needed some star gazing and time in nature.

Despite knowing it was going to rain it didn’t quite dawn on me that it meant star-gazing was also out. That night, we had anxiety riddled Brie and an annoyed Shawn who didn’t want to blow the budget on a $15 camping spot that was next to a bunch of other loud campers. It wasn’t exactly our perfect retreat as I had dreamed. Needless to say, we argued and grumbled our way through most of the night until morning. 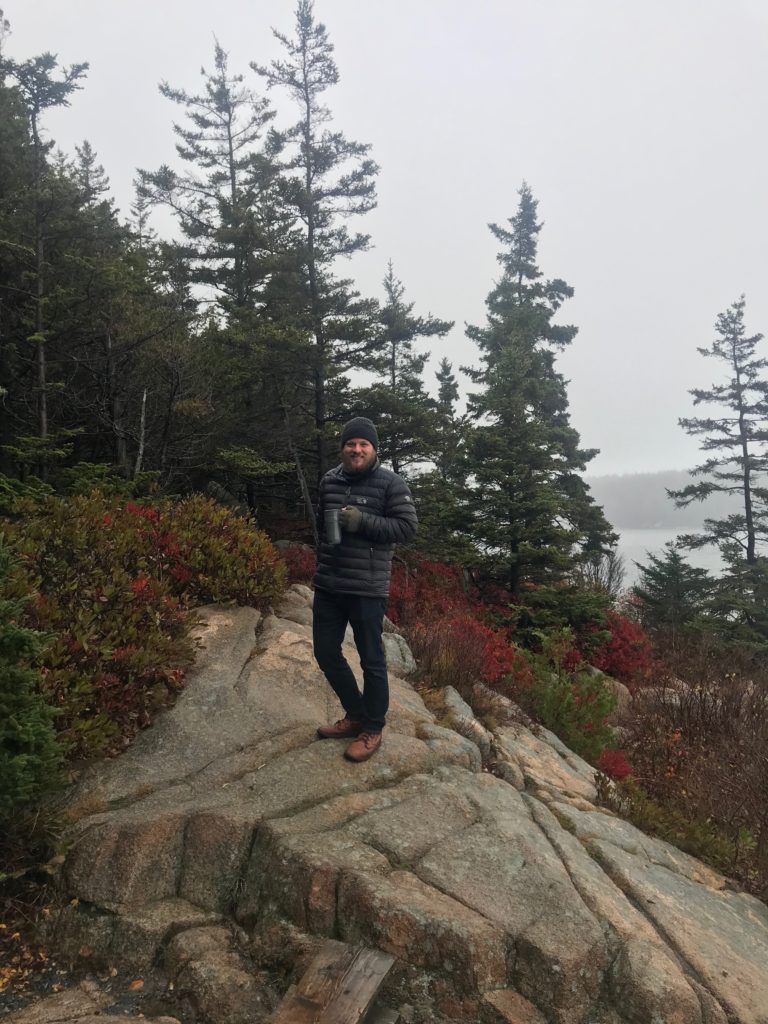 The next morning we woke up ready to enjoy the day in nature. Acadia National Park was gorgeous, it rained of course but we got out anyway. We went on short excursions and saw most of the park from our van and saw the pit stops when possible. 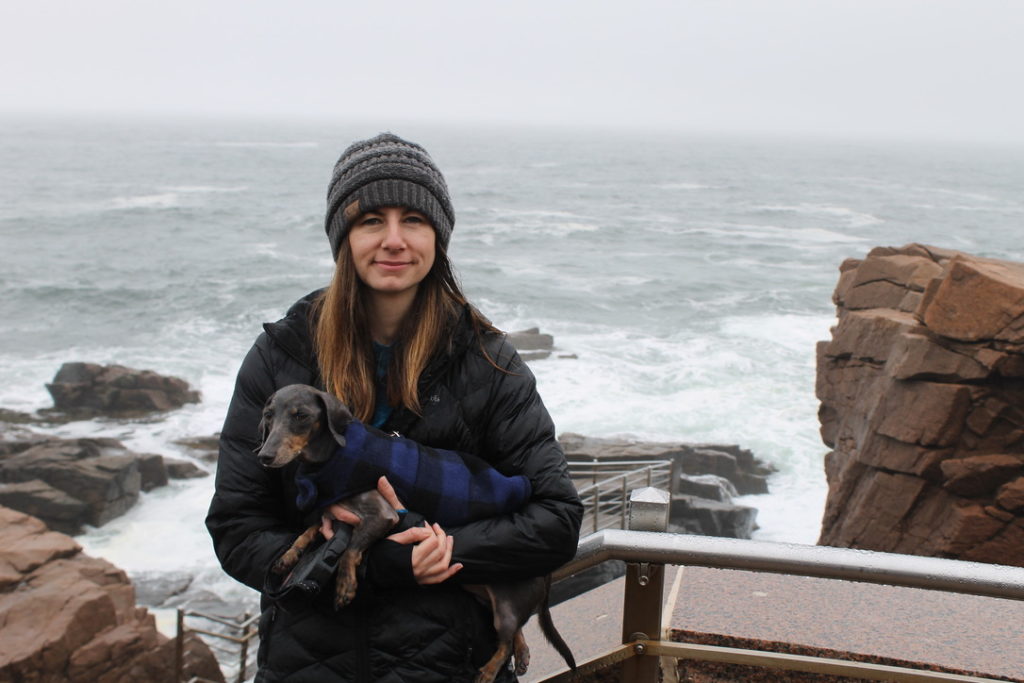 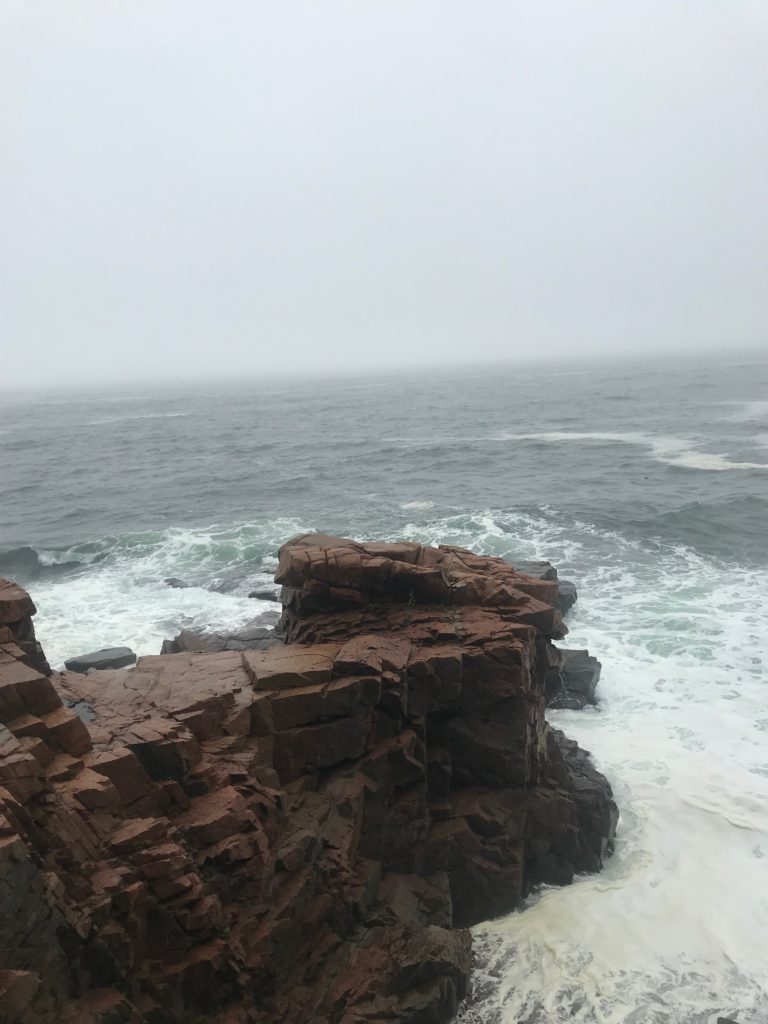 However, by the middle of the day, we were over being in the van and were considering leaving the park. Shawn, I was convinced, believed the trip was a waste and money had been spent where it shouldn’t have been. I was in distress because I felt I had failed and we were leaving without truly experiencing the park. My stomach and mind rattled back and forth between wanting to be ambitious by finding a great hike and simply relieved we were giving up and heading out.

I finally had a moment of sadness and Shawn could finally feel it. He is great like that, he may be having his own problems flying through his head but most often he stops to see what he can do to help me sort through my own anxieties. We started to look for hikes but as we knew they were all too intense to take Milo on. I gave up again feeling defeated.

As we were driving through the park there was a small lake with a trail around it. Shawn spotted it and stopped to check it out. It was barely misting and it would be a welcome place to let Milo out and possibly have some kind of adventure before leaving. As we walked out, I noticed a trail across the road and decided it look more fun than a typical walk around the water.

There were stairs at the bottom and so I picked Milo up and began my ascent up the mountain. 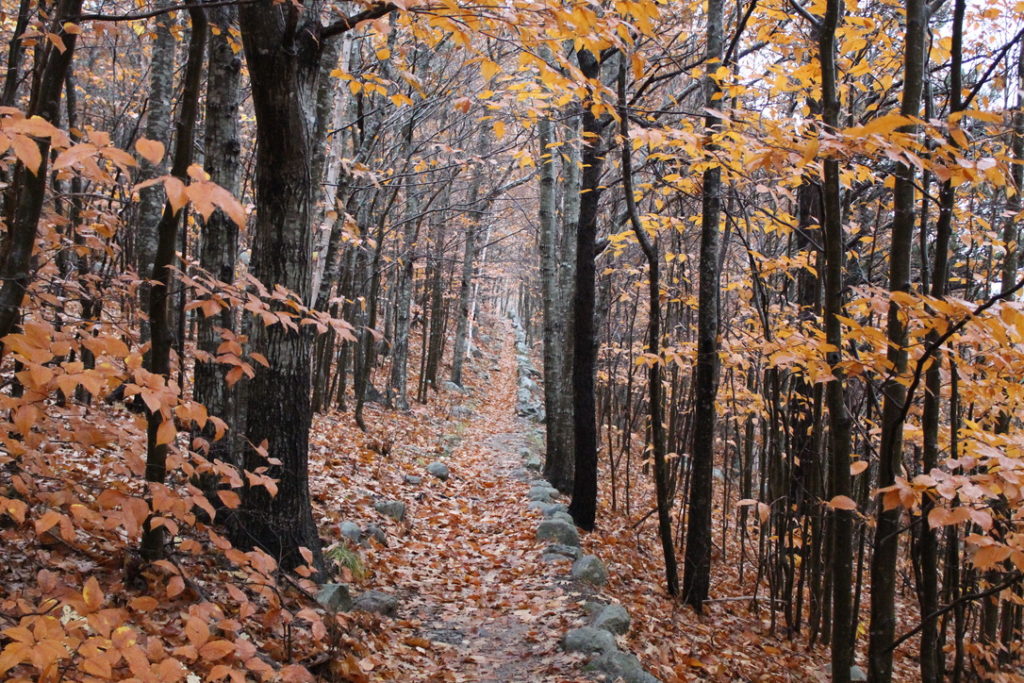 It was like stepping into a Fall dream. There were trees on both sides of the trail covered in bright orange leaves, half still on the trees and the other half laid out on the ground as a sort of welcome to hikers. The trees converged overhead leaving only the views of fall ahead and above.

As we continued on, the trail quickly got steep and slippery. Despite the challenge, we carried on. We picked MIlo up and decided to see this adventure through. The trail opened up halfway through to a beautiful rocky cliff that had views of the winding road and rolling hills covered in orange and dark green trees. 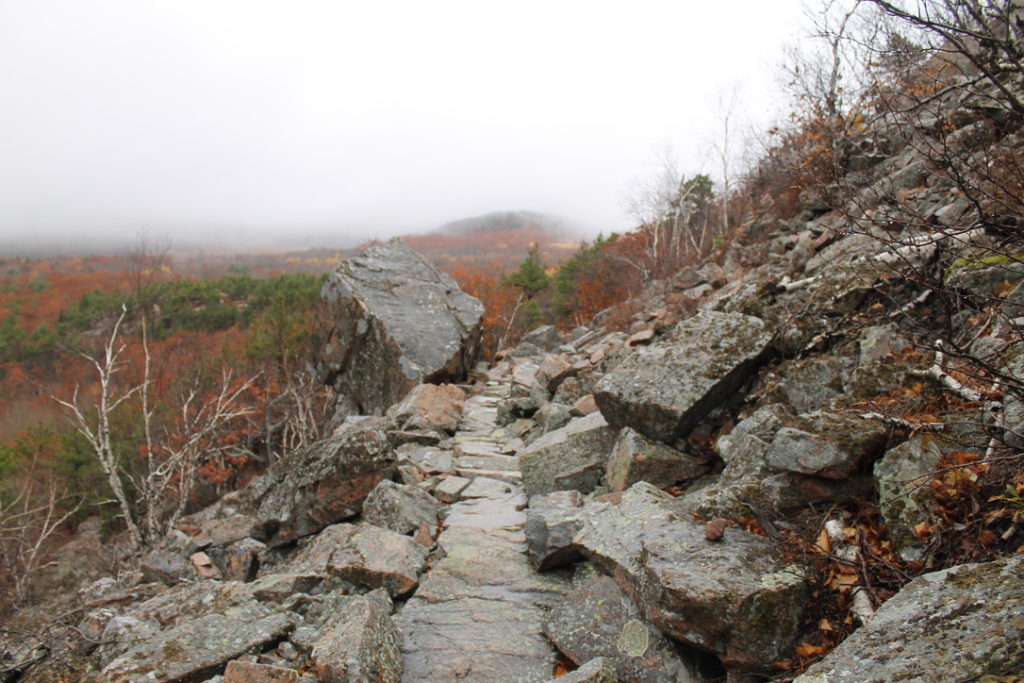 The rain became heavy and within minutes all three of us were soaked, well soaked but uplifted. A weight had been eliminated from our shoulders, we had gotten past our anxieties and own mind space to FINALLY go on the adventure we craved. We saw a porcupine, enjoyed the beautiful cliff views and took in the moment. We FINALLY felt free. We felt in the moment and were enjoying the beautiful sites that Acadia had to offer. 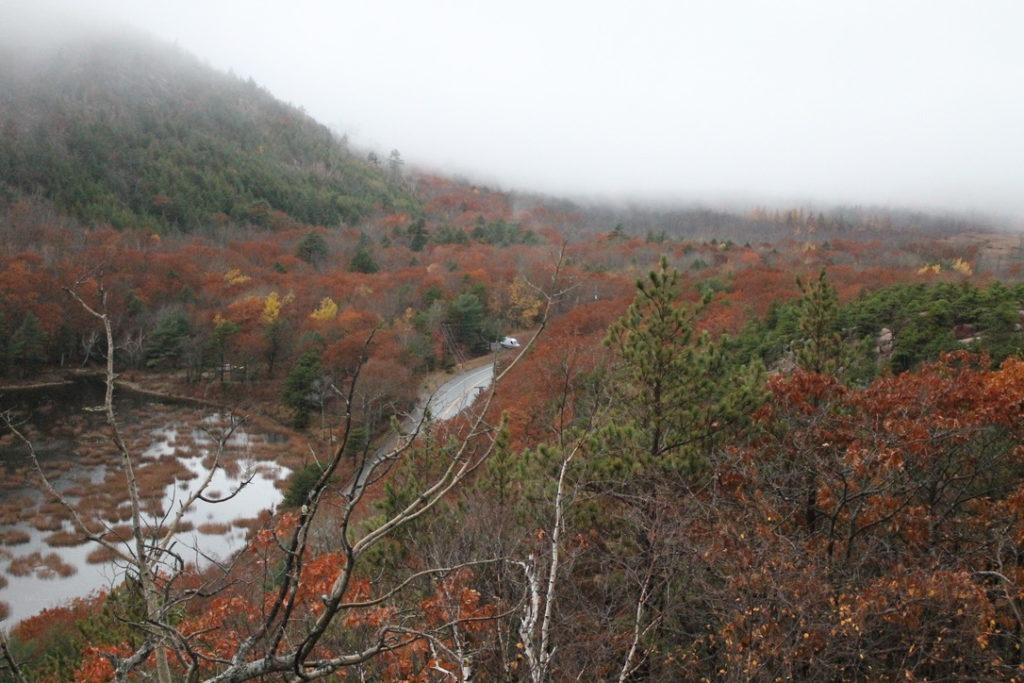 This was the feeling I had been searching for and even longing for. The freedom of choice, to go on a hike simply because we needed it. Quenching that thirst for adventure right when you need it. THIS was why we started Van Life. To live in the moment and see every part of the country that we so desired. 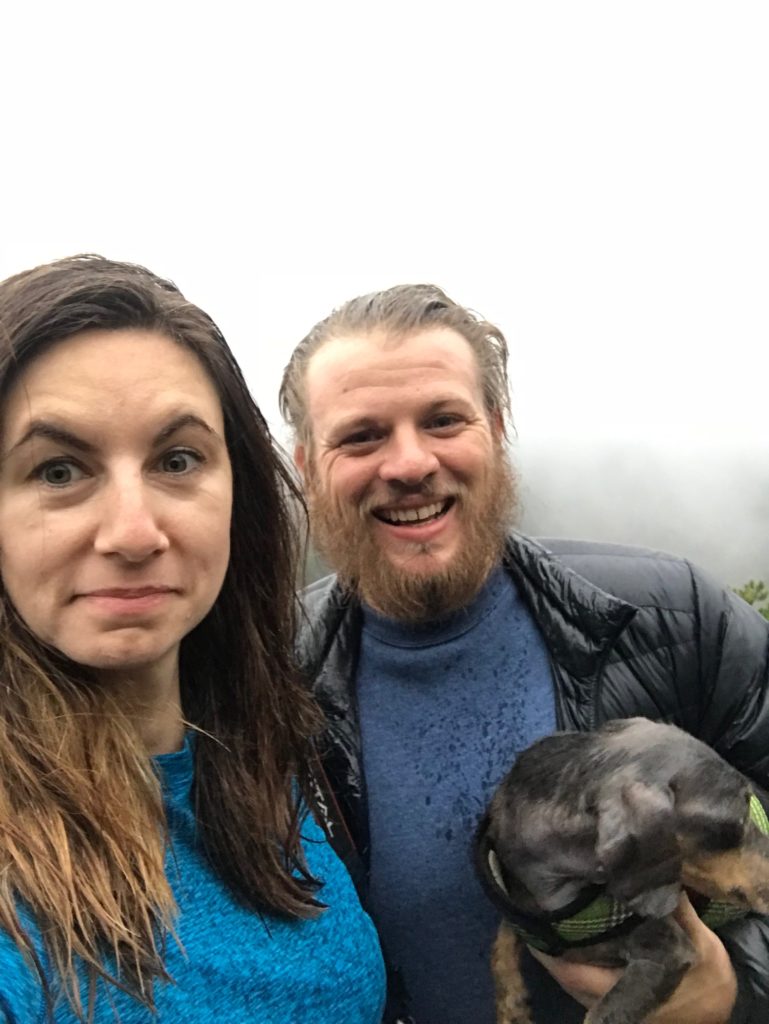 It was a beautiful moment, laughing on top of the cold mountain with rain-soaked down jackets and soppy wet hair. It’s one of those moments that you freeze in your mind, something to hold on to when things get tough again or when you simply don’t have the same freedoms. It’s a moment we would have missed, had we not decided to get past our own thoughts and decided to take action. Pull the van over, and do something about our misery. 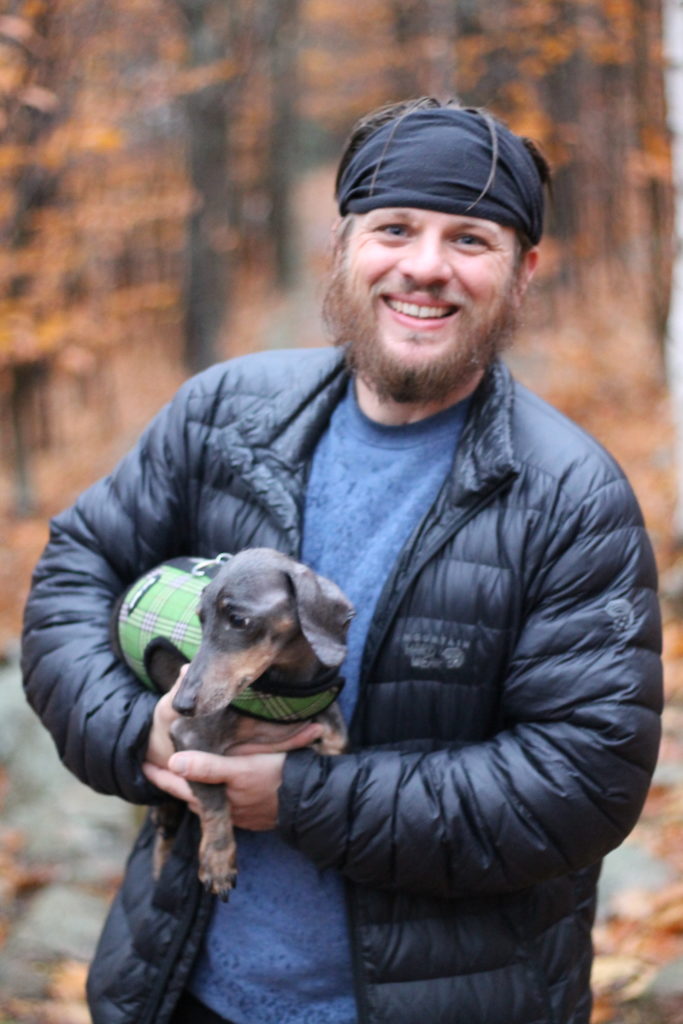 I could lie to you and say things have been incredible since then. Every moment laced with some layer of joy and laughter, but that’s not life and it’s definitely not my life. It’s ok though, we are figuring it all out, just like everyone else. Taking the bad moments with the joyous moments and we are both extremely grateful that we have the opportunity to experience every moment as they are. 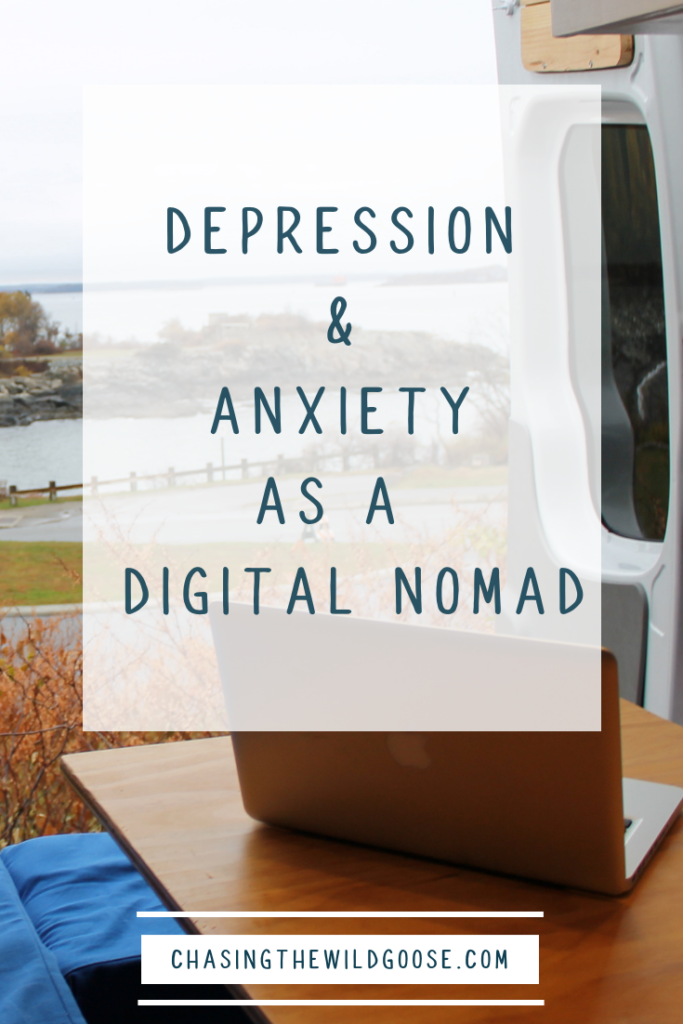 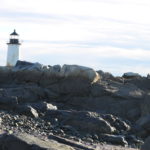 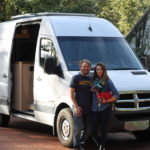 6 Reasons to Live in Your Van

Brie, what a wonderful candid, raw post. This is the kind of content that is the foundation of a great blog. Being real and then (whether they comment or not) finding out there are so many others who will have a “so I’m not alone” with regards to the highs and lows of Van life! You are also gifted with fantastic life skills – live in the moment and release your expectations. I’m proud of the three of you always!! 🙂

WOW MIKE! Thank you for this comment, you have made my year! I appreciate all your love and support as always.

Brie, love your honesty in tackling such a taboo especially as us vanners are supposed to be living such amazing lives! Best of luck from Ireland and stay in touch xx
The Backwards Van

Thanks Elizabeth! You are so right, I never want to complain too much because I know I’m living a life many can’t fathom doing but feelings are feelings and everyone has them!

FacebookTwitterInstagrampinterest
SearchSubscribe
Remi loves Everyone. From kids to adults he wants

Where do YOU poop? The million dollar question in

We’ve been on the beach trying to heal I guess.

The news for Milo isn’t great. He has right sid