The 5 Best Vans For Van Life 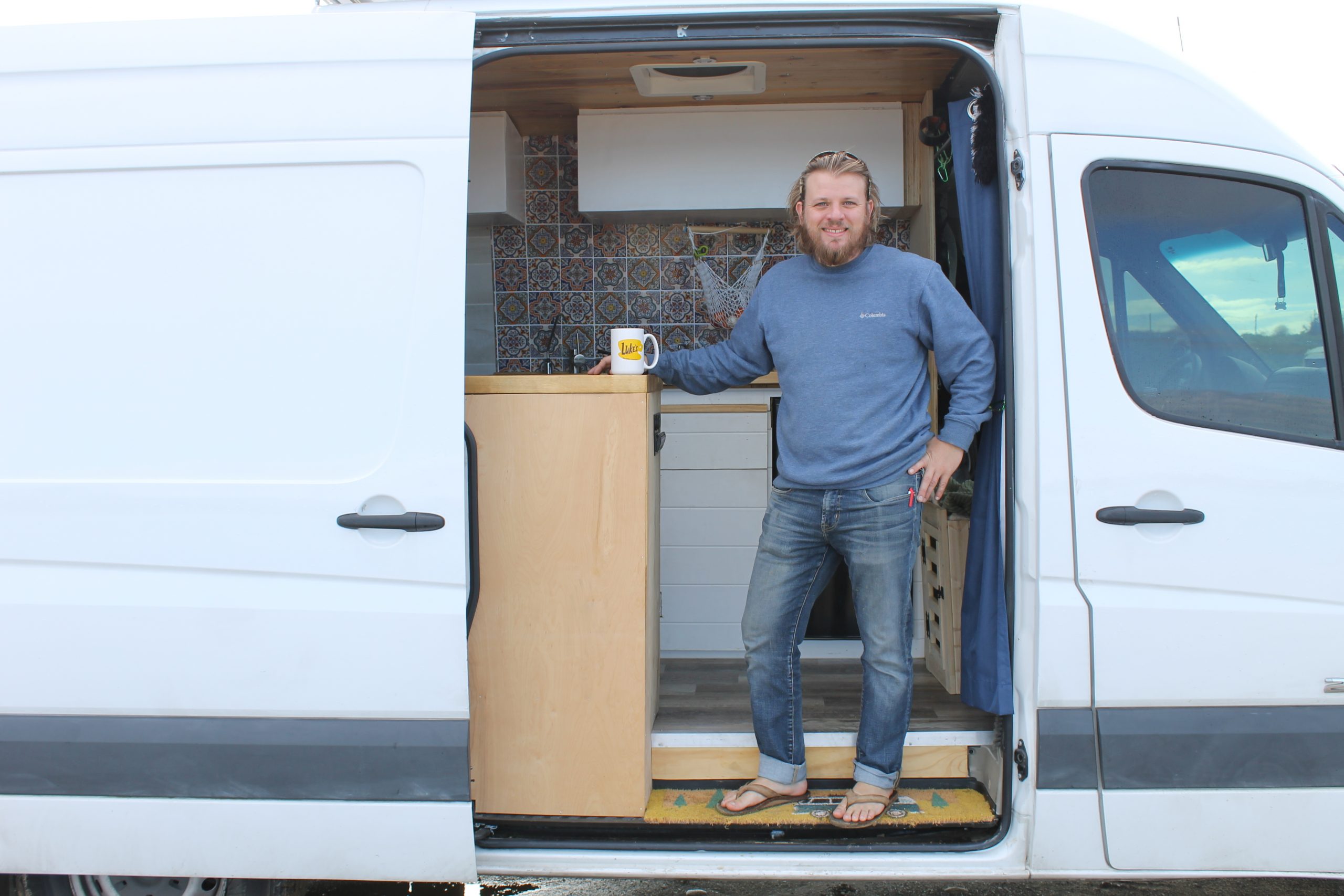 So you are ready to sell all your belongings and pile into the van of your choice and hit the road. You are ready for your heart to be your compass and your home to have wheels. When you picture this dream, what does it look like? Do you have a clear picture of everything that you will need? The first thing you need to do is decide what kind of vehicle you want to live in. You need to decide which of the best vans for van life is the right van for you.

After living in three different vans and seeing many other options on the road, we are confident that we can give you a decent picture of the options available out there and how to decide on which one is the right option for you.

From a low roof cargo van, Ford Transit, Sprinter, or a Promaster, we will cover the basic pros and cons of each to help you decide what are the best vans for van life (if any) and which is the right option for you.

NOTE: There are many choices when it comes to living in your vehicle from a truck bed, cargo van, mini-van, even to a box truck. NO choice is more or less and no choice is better than the other. it only matters that the option works best for you. Now, this guide is all about the different van choices but don’t be discouraged if these options don’t work for you and your budget/lifestyle.

Low Roof cargo vans are a very popular campervan when it comes to the best vans for van life. They are typically pretty budget-friendly and can be easier to find in the United States.

The low roof cargo van is a pretty big category. For the sake of simplicity, we are clumping several makes of vans together. In this category, we are talking generally about Chevy Express, GMC, Astro, Ford Econoline, and Dodge B Series.

The difference between cargo and a passenger van, passenger vans will have windows down the side and interior in the rear including seats, carpet, headliner, and some will have rear ac and heat. Cargo vans, on the other hand, are usually a blank canvas.

Many people choose to live in a low roof cargo or passenger van. They are usually easy to find, are cheaper than other van options, and overall are stealthy options when it comes to living in cities.

The downside to purchasing a low roof cargo van is the smaller size which usually prompts people to opt for a bigger or new van. If you purchase an older van then you are probably going to be dealing with a lot of mechanical issues. This can be said for all vans but compared to an older Sprinter which are meant to go for over 200k miles, you will likely have more issues.

The Sprinter van is arguably the most popular van amongst vanlifers and one of the best vans for van life. The Sprinter has been around in Europe and the United States for a long time and is known for its quality and longevity. It is great for those dirt roads and there are plenty of examples out there to help you create a great build. Although we moved to a Ford Transit for our third van build, I still highly recommend a Sprinter as one of the best conversion vans to live in. Interested in building your own campervan? Check out our van build guide!

Pros of Buying a Sprinter Van

Sprinters are known for being fleet vehicles meaning they are capable of going for a really long time. It isn’t surprising to hear of a Sprinter van that has lasted 500k miles. They are built for the long haul which means you can buy one with over 100k miles and not have to worry too much about it. It’s also great for resale as Sprinter Vans hold their value very well even with high mileage up to and over 200k. They also have been around a long time so will likely be easier to find than a Transit or a Promaster.

Cons of Buying a Sprinter Van

The biggest downfall of owning a Sprinter is the high maintenance cost. EVERYTHING costs more in a Sprinter. From $400 oil changes to $1200 brake jobs, these costs can quickly add up. You can however find Sprinter-specific mechanics on the road that will do these jobs for less money by avoiding Dealerships. Unfortunately, you never know when something is going to pop and there may not be that nondealer option when something does go wrong.

Unlike the modern-day Transit that you see as most campervans in the US, the transit was actually introduced in Germany in the 1950s. Ford then picked up the model and started to introduce the transit in 1965. The transit has been the number one selling cargo van in Europe ever since its introduction by Ford. After years of consumers asking car manufacturers for a full-size high roof alternative to the sprinter Ford answered and brought the Transit to North America in 2015. This van is arguably one of the best vans for van life and is becoming more and more popular amongst new vanlifers. It was our choice for our third van and we have been pretty happy so far!

The Ford Transit will give you the highest overall height inside of any of the major high roof vans. There are three trim levels available: the Passenger Van XL, XLT, and finally the Cargo.

Pros of buying a Transit Van

The Ford Transit has a great value and is a great option if you have a higher budget but would still like lower miles than you would get with a Sprinter van. The Transit offers more interior space with the same exterior dimensions compared to a Sprinter van. With over half a foot in height, width, and length, this will go far when living in such a small space. In comparison to the Sprinter van, a Ford Transit will cost significantly less to maintain.

Cons of Buying a Transit Van

One of the great things about a Sprinter is the height of ground clearance, this allows you to go down more dirt roads without as much concern. The Transit chassis sits lower to the ground which means if you are headed down a road with big rocks or ruts in the road you have a higher chance of getting stuck. A very large portion of the Ford Transits are made with a gas engine which although it will cost you less in fuel, it can cost you longer in the long run. Diesel engines are known for lasting over 500,000 miles and have a ton of power.

The Modern Promaster we all know and recognize today is based on the Fiat Ducato which first launched in 1981 in the European market. The first and second-generation were used by a few different manufacturers and went by a few different names before introducing the third generation which models the current Promaster body style.

The current body style was actually first introduced to the European and Mexico markets in the early fall of 2006 before coming to the U.S. and Canada in 2014 as the Ram Promaster. Of course, minor upgrades have been made over the past few years such as a new facelift and interior/tech packages but overall the body has stayed true to its original third generation launch style. Now that the Promaster has been in the North American market for a few years it has become a favorite option for Vanlifers, delivery companies, and even the United States Postal Service.

Pros of Buying a Promaster

The Promaster will give you the most features at a lower cost. You get low miles and a newer van for less than the Transit and Sprinter van. It also has the widest overall interior making the living space feel very large after the conversion is complete. Oil changes are relatively cheap ranging from $35 – $60 at a Jiffy Lube or Quick Lube Stop and $175-$250 at the dealer depending on individual dealer fees.

Cons of Buying a Promaster

The Promaster has one of the lowest rear axles making going down dirt roads a bit scarier. The front-wheel-drive, although it can be a pro in some situations it can also mean more issues down the road. Not to mention, in my opinion, it has one of the uglier front ends.

The Chevy Express / GMC Savanna replaced the Chevy G series and GMC Vandura van after the 1995 production year. The Express and Savanna van is still in current production since the 1996 initial launch. While the van itself has primarily stayed the same it has had some minor cosmetic changes in the interior and exterior which are good for aftermarket parts being available for multiple years, thus giving you, the van buyer more options in the used parts section if needed. These minor changes also mean that it’s easy to find parts nationwide, this van is also recognized all over Canada and Mexico so if your travels take you across the border you’re pretty well covered on the mechanical side of things all over North America and down into Mexico.

Pros of buying a Chevy Express

The Chevy Express/GMC Savanna is relatively cheap to buy on the used market when compared to a high roof cargo or passenger van with similar miles and features. Parts are available everywhere and so are mechanics. These vans are extremely reliable and easy to work on plus with the amount of these vans being on the road most every repair shop out there has knowledge on how to fix anything that pops while traveling. Worst-case scenario, Chevy and GMC Dealerships are in just about every decent-sized town and usually multiple locations in bigger cities.

The Chevy Express/GMC Savanna is a great choice if you are looking for a smaller rig. If you choose this van for van life then you won’t have the optimal space that you would a larger van such as a Sprinter, Transit, or Promaster.

When it comes to van life, you can throw the bare minimum into a vehicle and hit the road if you really wanted to do so. However, if you are looking for the best vans for van life in a perfect world then these are our top picks for you. No matter which van you choose, make sure and take your time, do your research and find the best van for you. 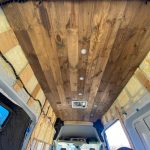 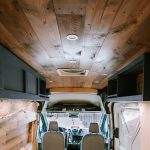 Build Campervan Cabinets: An Easy How to Guide With Advice for Beginners