The Ultimate Guide to Vanlife in San Diego 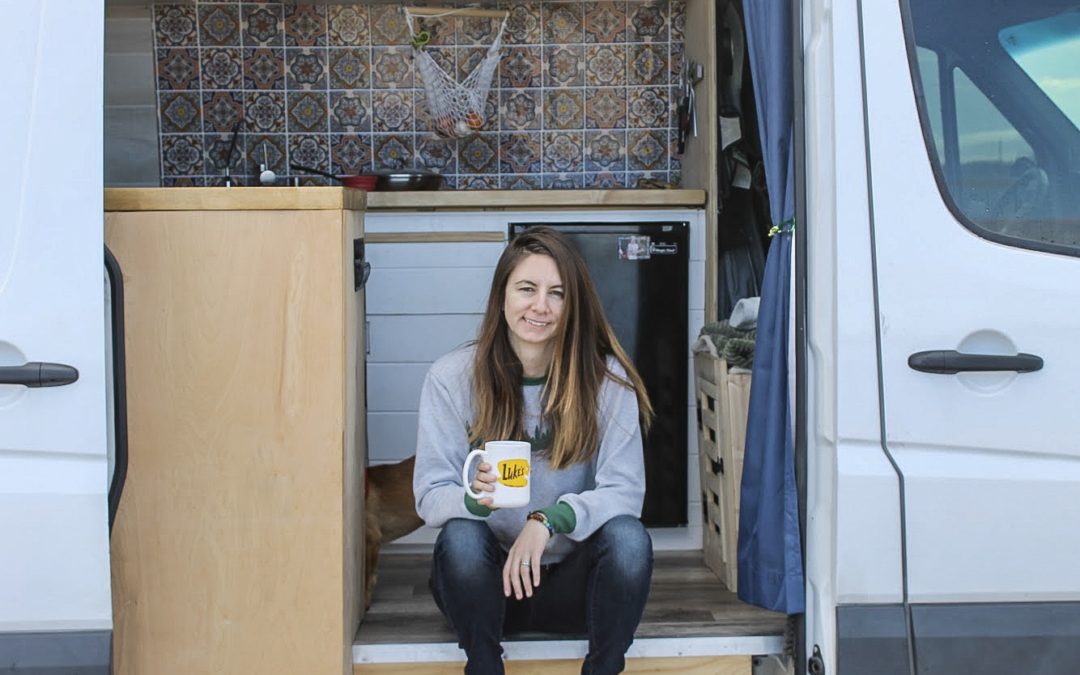 San Diego is a very popular van life city and it is evident any time you go. It was our first city to get to know the van life community and feel like we truly were apart of a group. With year-round sunny days, beaches, and dog-friendly patios it’s no wonder so many call San Diego home. When we visited in March 2019 we stayed for a few weeks and definitely enjoyed our time there. From incredible warm beaches to all the best vegan food, San Diego is a must-visit as a van lifer. Information is spread out all over the place so we wanted to create this guide to Vanlife in San Diego that way you would know all the best spots while visiting. I hope you enjoy!

It is currently very difficult to overnight park in San Diego if you are going to sleep in your vehicle. In May 2019 a new law went into effect banning people from sleeping in their vehicles between the hours of 6 p.m. and 6 a.m. within 500-feet of a residence or school. *Laws change all the time and I do my best to stay up to date.*

So this being said if you are going to stay in San Diego I recommend budgeting for a paid campsite. Below are the top-rated official campsites or RV Parks inside of San Diego that I recommend you utilize. All prices may vary.

Our Favorite Sights in San Diego

Have I mentioned how much we enjoyed San Diego yet? If not then trust me you will be hearing it a lot in this post. We were able to relax and enjoy the California beaches all the while having delicious food and fun. I’ve listed a few of our favorite places to check out while you are in San Diego.

The Best Coffee Shops for Working in San Diego

Suggested by Sydney from Divine on the Road, James Coffee is MY FAVORITE COFFEE SHOP EVER. Not only is the place huge, the baristas are so incredibly friendly and helpful, but they also allow dogs inside! Not only do they allow them but they welcome them with open arms. I highly suggest trying the iced coffee with oat milk. If you need to park your van, they do have a parking lot BUT you have to go up a small ramp and the lot is TINY. If you are not great at parking or in something larger than a 144″ then I recommend just paying for street parking.

Overall James Coffee is a great location in San Diego to get work done and enjoying a nice coffee all while bringing your pup along.

A beach bungalow turned coffee shop, Te Mana Cafe is more of an attraction than a coffee shop. Cozy on the inside and out choose between setting up shop near the fireplace or heading outdoors to a tiki vibe area where you can get some work done. Dogs are allowed inside and out according to yelp reviewers. Located near Ocean Beach it’s a great spot to hit before heading to the beach!

Achilles coffee is definitely in my top coffee shops. They have several tasty pour-over options and alternative milk such as oat, soy, almond, and coconut. Every day I asked the barista to pick their favorite for me and I was never disappointed.

They also had quite a few vegan breakfast options including avocado toast, oatmeal (this one was surprisingly my favorite), and almond butter toast with banana. My friend Vanessa got the almond butter with banana toast EVERY SINGLE DAY during the weekend she came to visit. It was just that good.

It’s not a HUGE coffee shop but you could definitely get some work done and enjoy a delicious cup of joe at the same time.

San Diego is full of vegan restaurants and restaurants that have incredible vegan options. This way you can still go with your meat-eating friends and have something delicious. Some of the restaurants even had two menus, one plant-based and the other with meat and dairy. So cool!

Although you can find vegan food all over the city, these were our favorite places in San Diego.

I can only describe Kindred as an Experience. An eccentric space with death metal tunes and gothic attire, Kindred is a one of a kind restaurant serving only plant-based foods. On the menu, you will find specialty cocktails, an array of appetizers, and entrees you will not find anywhere else. I personally had the beer mac n cheese and was not disappointed. The best part of all of it, the prices. Everything is priced between $5 and $15 which you don’t often see in a vegan restaurant.

A fully plant-based restaurant, Cafe Gratitude comes in at the top of many lists. With six restaurants in California, it is easy to see why they expanded. Options from black bean, cashew cheese nachos all the way to watermelon poke, you have plenty to choose from. I found the prices a little high for entrees but the appetizers look quite large and are around $12 apiece.

Perhaps it is unfair to use this title since I have truly only had one vegan pizza in San Diego. Regardless I believe Tribute has THE BEST PIZZA I have ever had the pleasure of introducing my taste buds to. Tribute Pizza located in North Park is a vegan-friendly pizza place giving plant-based eaters their own menu which is why I believe they deserve a space on this vegan list. That way there is no questioning what you are allowed to eat. They had quite a few pizza options with creative cheeses, instead of the typical Daiya or follow your heart option they give you almond ricotta that had me fooled into thinking I was eating real cheese.

We wanted to be different and decided to try the beet pizza despite our better judgment and were shocked at how incredible it truly was. The crust was just thin and crispy enough and the cheese melted to provide a flavor you don’t normally get from vegan cheese.

If you want to be daring try their beet sauce pizza, I promise you won’t be disappointed. Also, opt for the vegan ranch. It’s worth the extra buck.

I love ramen and ate it a ton in my pre-plant based days. Since going plant-based I have only had vegan ramen once and have been a little hesitant to try it just anywhere. My friend Vanessa had tried BESHOCK vegan ramen beforehand and insisted we go there. Their Vegan Ramen was hands down the best ramen I have ever had. Plant-based or not it is so good that as I type this I am regretting that I am not eating there again before we left. They also have sushi that is great in case your partner isn’t into ramen.

When I went to San Diego on a girl’s trip with Vanessa, we decided that we would hit all 14 breweries in the North Park District. We came three breweries short in one night but came back a few days later to finish our challenge. Most of the breweries had an outdoor space and allowed dogs but there were surprisingly some that allowed them inside as well which was a treat. A couple of our favorites that I believe would be fun to bring your dog to would be:

One of my favorite breweries in San Diego, The Belching Beaver tops it off by allowing dogs inside. When we went we saw so many pups hanging out and having a good time near the bar or on the couches.

A large open footprint brewery with concrete floors and fun décor, Mike Heiss is a must-see in the North Park area.

With relics from your 90’s past Modern Times Brewery is a must-visit when heading to San Diego. Bring your pup along and relax alongside items from your past.

We never got to check out Coronado Island but according to a local, it’s another incredible place to let your dog off-leash in San Diego. Coronado beach is off-leash on the western part of the beach marked by signs. According to Fido.com they are very strict about being on-leash in other areas so expect to have to walk to the off-leash section. Once you get there you will, however, be greeted with beautiful views and a very happy pup.

Are you looking for a sandy dog park that you can let your pup run wild on? Look no further than Fiesta Island. It was voted number 1 in the US and for a very good reason. With about 90 acres of land, and water on 3 sides rest assured your pup will be exhausted by the time you get done. I Highly recommend Fiesta Island Off-Leash Dog Park if you are looking for a nice walk for not only your pup but yourself too. There are 2 different loops to walk the inner loop is just under 1.5 miles and the outer is about 2.5 miles long.

Ocean Beach was one of our favorite places to hang out for the day. Although rather small, Ocean Beach is one of the only places you can legally let your dogs off-leash on the beach. It’s fun to see all the pups running into the waves and relishing in the sand. We spent many evenings watching the sun go down over the ocean after the dogs played their hearts out in the water.

There is nothing better than the rush of the waves and smell of the salt in the air when sitting on a beach. There is nothing worse than realizing you can’t have your canine best friend beside you. In San Diego, there are only a few small places where you can have dogs on the beach with you. However, if you know the rules then you will find most beaches at some point during the day allow dogs and you can both get your beach fix in. During the winter dogs are allowed on most beaches from 6-9 am and 4 pm to close. Between April and October, you will have to wait until 6 pm to bring Fido along with you to the beach.

Overall San Diego was van-friendly and very vegan-friendly. We definitely will be back this winter. What about you? Do you have any spots you would recommend in San Diego? Let us know below! 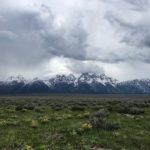 The Best Vanlife Destinations in the US 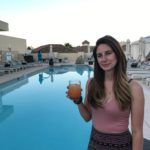 Hello, My son is about to go Vanlife 100% starting tomorrow . He lives in San Diego. He just purchased a 2020 Ford Transit and is mid finished with conversion. I have been looking everywhere so I could rent him a parking in San Diego for a couple weeks, months if possible but I have no idea where to start. Ive called around most people do not allow vans. I tried Campland too. Any suggestions. Worried Mama. Please help. Thank you in advance. Felicia Favils

Loved this post.
Thank you
Elizabeth from Edmonton Alberta Canada.